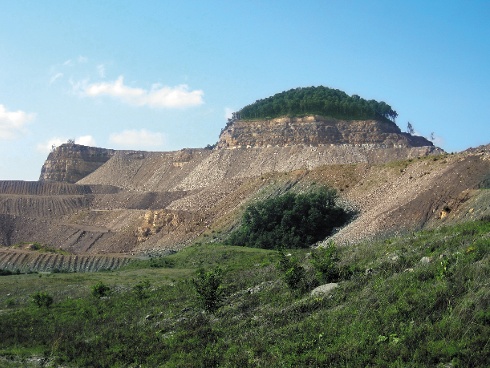 As the federal government announces new plans to protect water resources, these research efforts are aimed to provide objective scientific information to policy makers and to those involved in the debate surrounding mountaintop-removal and other forms of coal mining.

Coal mining plays an integral role in the economy and culture of the Appalachian coalfields in Virginia as well as in Kentucky, Ohio, Pennsylvania, Tennessee, and West Virginia. In recent years, developments in mining technology and economics have led to an expansion of the scope and scale of coal mining operations throughout the Appalachians.

The practice known as “mountaintop removal” mining, for example, removes the tops of mountains to expose underlying coal seams. Impacts of this practice, however, include eliminating forests and generating so-called “valley fills”: filling headwater streams with the displaced rock, soil, and other debris that was blasted away to expose the coal. All coal mining operations are subject to the requirements of federal laws, such as the Clean Water Act and the Surface Mining Control and Reclamation Act, which require land reclamation and water quality protection.

These and other developments — such as climate-change legislation now in U.S. Congress — have increased the focus on issues related to coal mining, including United States dependence on foreign oil, jobs, electricity prices, environmental impacts, and community impacts.

“With so much at stake, there is a pressing need to base policy decisions on sound science, including an improved understanding of the impacts of mountaintop-removal mining on water resources,” stated Stephen Schoenholtz, director of the Virginia Water Resources Research Center at Virginia Tech. “This is why this research is so important.” 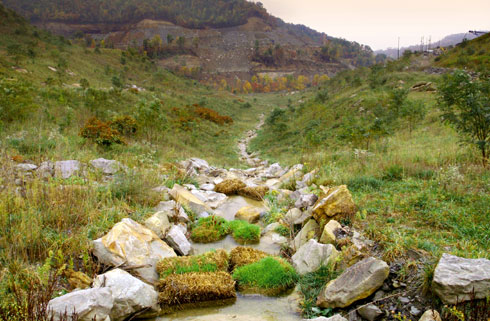 One project, funded by Virginia Tech’s Institute for Critical Technology and Applied Science and the Powell River Project, is evaluating measurements of hydrological and ecological functions in streams undergoing restoration activities following coal-mining impacts. Efforts to restore stream structure and function following coal mining are relatively recent (mostly within the past five years). Many questions have been raised as to effectiveness of these practices, but little research has been conducted in effort to answer them.

High levels of TDS are often found in stream water originating from areas exposed to coal mining, and benthic macroinvertebrates are a key indicator of stream health.